Punk Monkey Productions is excited to announce the selections for our 2018 season of PL.A.Y Noir.

Thank you to all the playwrights who participated, and congratulations to the following playwrights -

Lady with a Smoking Gun by Jeff Pearce

The Coming Storm by Michael Robinson 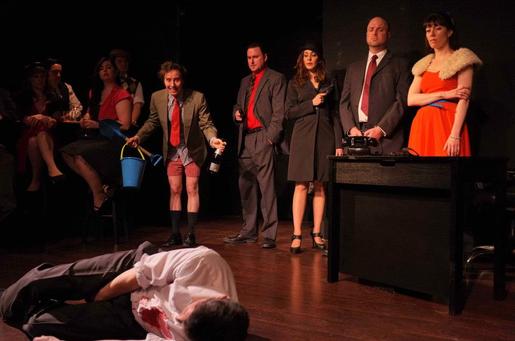 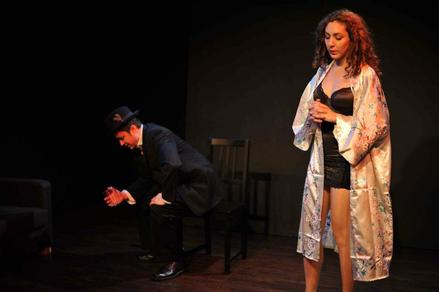 ​​​PL.A.Y Noir celebrates their seventh year of bringing the danger, suspense, and mystery of the Film Noir style to the stage.  After directing the originally written one-act The Zone Ranger by Ben Goldstein and Mac Taylor at Harvard-Westlake School in 2008 and starring Tony Award Winner Ben Platt (Dear Evan Hansen) and singer-songwriter Kathryn Gallagher, James Elden became inspired to produce a series of one-act plays. After, co-producer and collaborator, Sarah Kelly's suggestion, the two decided to dedicate an annual one-act festival to one specific genre.​

Attention Playwrights: PL.A.Y Noir is on hiatus and currently not accepting new submissions, however, our friends at Play Submission Helper has a vast amount of opportunities for playwrights of all levels. Be sure to visit them at http://playsubmissionhelper.com/blog for their current list of opportunities.

In 2011, PMP posted a call for submissions and produced its first year of PL.A.Y Noir with a mix of the classic 1940s Noir, including the re-restaging of The Zone Ranger, Your Name on a Cloud by Michael W. Moon, Antethesis​ by Sean Engard, and contemporary plays, Silencing Silas by Anthony Mora and Shoofly by Ann Coverly.

Currently, Punk Monkey Productions receives hundreds of submissions not only from the continental United States and Canada, but has also received plays from the UK and Ireland, Spain, Israel, Italy, France, as well as, New Zealand, Australia, AND Antarctica!